I’m sorta reposting today. It’s probably more repurposing, since I’m editing it a bit with some extra comments, but does anyone actually say “repurposing blog posts?” If not, it’s a thing now. I won’t even copyright it. You’re welcome.

This was written a few years ago.

This is still true. We’ve compromised now to where we do a mix of good stuff and cheap stuff.

Even if I haven’t always gotten into dressing up for Halloween or decorating for Halloween, I’ve always looked forward to handing out candy to kids. We would only get like two or three trick-or-treaters where I lived at growing up (rural area and all), and those were usually relatives. So now that I live in the only neighborhood in the same rural area, I enjoy handing out candy. And I don’t want to give out crappy candy that gets thrown away immediately after kids sort through it all. I also don’t like the idea that someone might come back and TP our yard if we give them a single tiny Tootsie Roll, as Ebeneezer might if I were to leave him in control of the candy. It’s only one night per year and it’s fun! Clearly it’s not a time to go in miser mode.

“Get out your computer and see what kind of deals we can get on bulk candy for Halloween,” he instructed me last night. He figured that if Imitation Chocolate Substance With Possible Traces of Plastic wasn’t going to cut it with me, that we could at least buy the ton that we need online and possibly save money over what we’d pay at the store.

I did my search and found this Christian-themed candy. 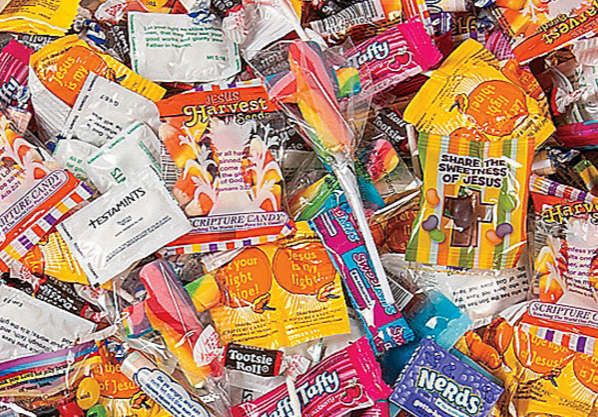 I laughed so hard while reading this description that I had tears running down my face. I’m a Christian, but absurd stuff like that kills me.

Scripture Candy. Lord Gummy Fun Packs. Testamints. Who’s job is this? I would 100 percent take a job that let me name religious-themed candy. Baptist? You get the “Burn in hell” cinnamon jawbreakers. Catholic? How about y’all get the Everlasting Life Everlasting Gobstopper so someone has something to get through the whole service? Ummm…Methodists get something plain. “We so vanilla” vanilla wafers.

It wasn’t a terrible price, but did lack the Good Candy requirement, so I passed. I’ll probably pick up a dozen bags of whatever good stuff is on sale next week when I’m out by myself. If one of the bags is something he loves, he might just study over the receipt in silence and not even complain. Wouldn’t it be nice?

While I’m sort of on the subject of religion, I saw something even more eyebrow raising yesterday evening.

On the way home from retrieving our pizza from Papa John’s, I saw some people standing by the road — almost in it — waving in such a way that it looked like they were trying to flag someone down. Thinking they needed help, I slowed down a bit to check things out, figuring that I’d turn around if it looked like something I could help with, or call 911.

I didn’t turn around.

The people were standing next to a white kidnapper-style van with no windows that had a huge sign that said, “Prayer Drive Thru.” 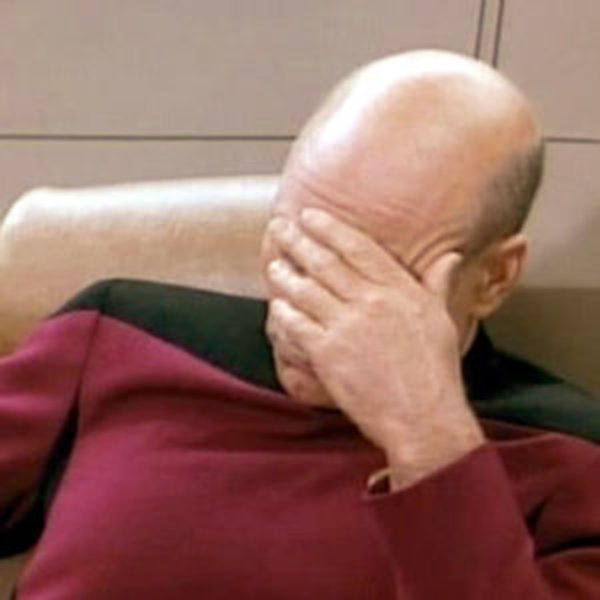 I don’t care who or what you believe in, that’s just creepy.

(I found out later that they were using it as a method of advertising for their church, in case you were concerned that maybe something fishy was going on. There are better ways of doing this, y’all, that doesn’t Killer Clown level creep folks out. Just saying.)

They are still doing this. IN A PANDEMIC. And they are all super old — like 70s and 80s. No masks, either. Someone quoted them on Facebook as saying that if it’s their time, it’s their time. And what better way to go, I guess. SIGH.