We went from thinking, “Maybe we should try to snag a spring break cruise for the family” a couple weeks ago to “We ain’t going nowhere…and it’s a plauge-cation, not a stay-cation” super fast.

The coronavirus has hit my county, and we have several cases right now. We were told on Friday that the schools would be closed for two weeks, and then today the governor announced that all schools across the state would close for two weeks. Most of our schools aren’t able to do e-learning properly yet, but the teachers are supposed to be putting together packets for the kids to work on at home. So I guess we’ll finally get a taste of homeschooling, which I’d thought about doing with the kids in the past. My husband’s boss had his group working from home full-time again starting a couple weeks ago, so we’ll have plenty of togetherness.

I found out that one of the coronavirus patients in my county is a relative, and that she had visited my in-laws a few days before we did. They aren’t showing any symptoms yet, thankfully. My FIL has had such a rough time with his health that I’m not sure how he’d fare with that. He’s in his upper 70s, as well. The kids and I, on the other hand, all started running fevers yesterday. The boy hasn’t been coughing, just a fever, and the girl and I have been hacking our heads off. I’m hoping it’s just a cold, because our house is certainly not a stranger to getting the crud! We decided on Friday afternoon after we found out about my relative having the virus that we wouldn’t go anywhere just in case. We had already bought groceries (including a pack of toilet paper that we actually needed, which I’m sad to report that I learned today is single-play garbage, RIP my butt), so we didn’t have to worry about that.

We’ve been coming up with ideas for what we’ll do with all of this extra quality time we’re getting. So far, most of it involves movies. The boy wants to watch all of the Lord of the Rings, Star Wars, and Marvel movies. I’m too lazy to do the math, but that may very well get us through this whole thing. After I feel less yucky, I plan to catch up on some projects I’ve been meaning to get to around the house. I already caught up on my laundry, which is nice. The girl’s plan is for me to let her use my phone to play games whenever she wants.

The one single good thing about this virus stuff has been the memes. I know a lot of folks don’t like people joking around about it, but humor has always been my way of dealing with tough crap, so I’m enjoying the memes. Here are a few of my favorites: 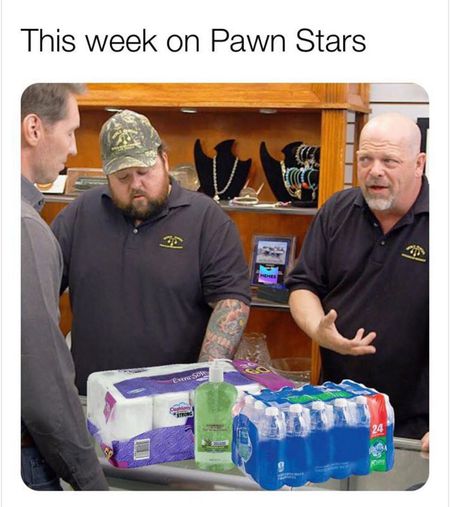 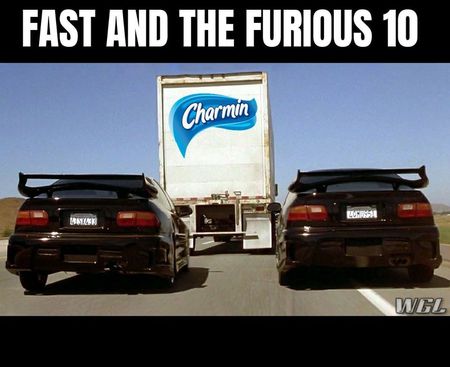 Are you social distancing yet?

22 thoughts on “Enjoy Your Plague-Cation”