From a few years ago…

I am a very clumsy person. I’ve broken several bones, had more sprains than I can count, and often have bumps and bruises that I have no idea how I got.

Me + doing anything more than walking = disaster.

Okay, maybe it’s not that bad, but close.

When I was in the eighth grade, I had the opportunity to go on a skiing trip with the rest of the grade. What fun! I had never been skiing before, plus a guy that I liked a lot in my class was going on the trip, so I knew it would be an awesome time.

After we got there, I went through the thing they had set up for beginners and by lunch time, I was ready to go down the intermediate trail. So I went down it a couple of times and built up my confidence.

My confidence built up quickly. Too quickly.

The third time I went down, I decided to go down fast. So down the hill I went in a straight line. About halfway down, I realized that I was going too fast. I knew that if I didn’t start slowing my ass down, I would going to crash into something or someone at the bottom.

So I turned my skis inward to try to slow down. Except I turned my skis in too much so that they crossed to form an X, and I lost my balance. Not good. I did sort of a front flip, landed hard on my butt, and rolled down the hill.

The bad: it hurt like hell and I couldn’t move for a few minutes, plus the guy all the other girls swooned after saw it.

The good: said guy was very concerned and practically carried me back to the lodge. And some petty girls were jealous, not that they bothered checking on me. I was told that a couple of girls tried to fake accidents later, but their wipeouts weren’t as successful as mine as far as getting the guy’s attention went.

The next day, my butt region was so sore that my grandma wouldn’t let me go to school and took me to the doctor.

“You have fractured your tailbone,” I was told after the doc checked out my x-ray. I was told to take it easy, no softball (and tryouts were the very next week), and that I should sit on a little cushion to stay comfy while it healed up. 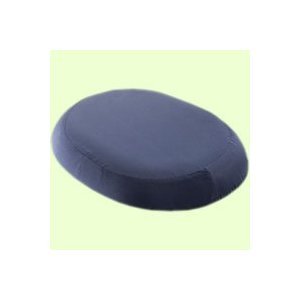 So after the weekend, I went to school with my cushion. I didn’t think anything about it until a friend snatched it up and exclaimed, “You got hemorrhoids?!” during homeroom. Heads turned.

I explained to her that no, I did not have hemorrhoids and that I had fractured my tailbone.

“YOU BROKE YOUR ASS?!!!!” All of the heads turned. The teacher threatened to send my friend down to visit her dad (who was also a teacher) if she used that language again.

You would be amazed at just how much interest that pillow got from the other students. Quite a few of them wanted to sit on it to try it out, and one kid offered me a buck if I would let him sit on it for the whole day. And to think, they thought I was the weird one.

After the ass breaking, there was the foot breaking after hopping a fence at Carowinds and landing wrong. Eighth grade was not the best year for me and my bones!

So, what embarrassing accidents have y’all had?

4 thoughts on “Repost: That Time I Broke My Ass”